Buying a flying RV, is it a good idea?

A forum for the proverbial airport bum who just wants to talk about anything and everything related to flying. Introduce yourself here !!

Buying a flying RV, is it a good idea?

“They were going to come down to Nogales on the private aircraft he had bought,” said Duran. “He had bought that one a few months ago they were super excited.”

Over the phone, she told ABC15 that the couple had already flown the plane multiple times and Ron was an experienced pilot.

Aircraft crashed under unknown circumstances and caught on fire.

Is buying a flying RV aircraft a good idea? In this case it was the 3rd owner. the aircraft appeared to have had plenty of altitude to land safely somewhere as the terrain was relatively flat with but did not. why after ownership of only two months did it fail and end that way? the aircraft had a nose over in 2015 with some substantial damage. do buyers really know everything about the aircraft they are purchasing?

the trouble is that the builds are not standardized and not controlled so people can modify the aircraft as they choose. sometimes, they make mistakes and build in defects and hazards. by the 3rd owner of a previously damaged aircraft, the aircraft is far removed from the original builder. 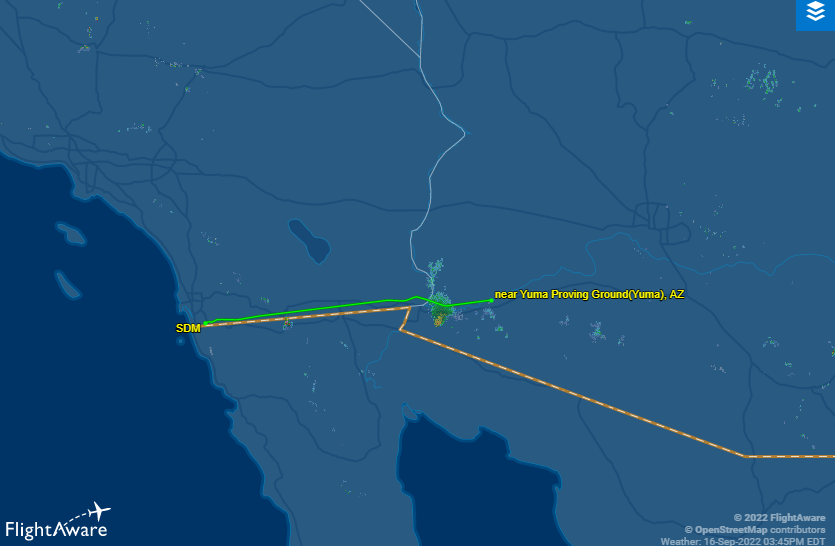 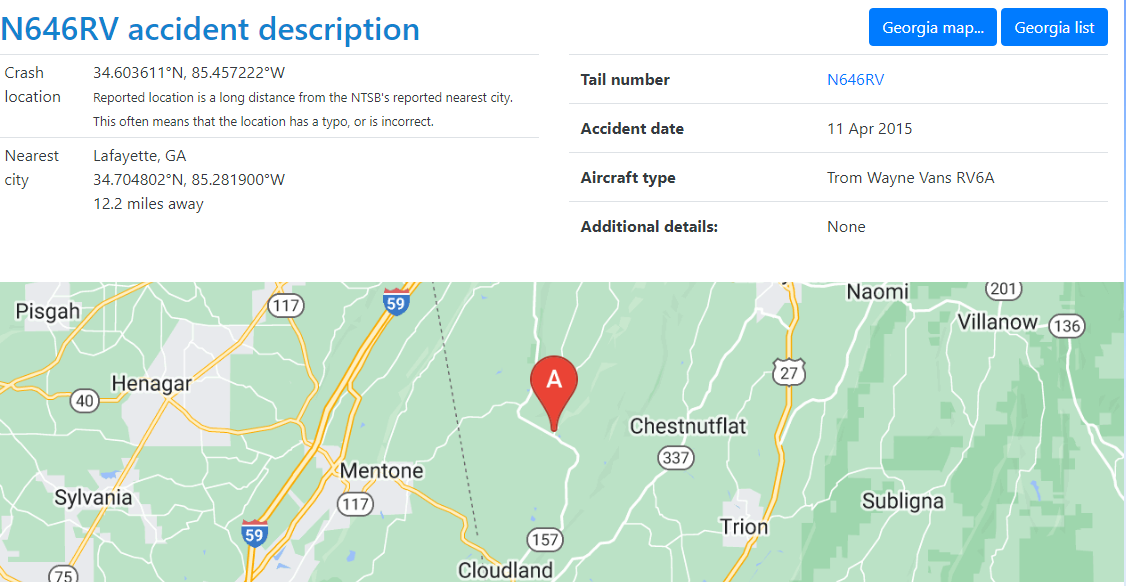 it is strange that no radio calls were made for this event. in a situation such as this, it is best to make radio calls because personnel are standing by to help. if you are busy, try to get at least one signal out that you are having trouble and your approximate position. why did the pilot maneuver away from the road, it appears this would have been a landing option since it was straight, flat and probably not busy. impact gouges in the starter housing both in-plane and aft of the gear. they will need to dig into the engine paperwork.

On September 16, 2022, about 1330 mountain standard time (MST), a Vans RV-6A
experimental airplane, N646RV, was destroyed when it crashed near Aztec, Arizona. The pilot
and passenger were fatally injured. The airplane was operated as a Title 14 Code of Federal
Regulations Part 91 personal flight.
According to family members, the pilot and passenger were conducting a cross-country flight
from San Diego, California, to Nogales, Arizona. Automatic Dependent Surveillance –
Broadcast (ADS-B) data indicated the flight departed Brown Field Municipal Airport (SDM) at
1209. The flight flew easterly, parallel to Interstate 8 (I-8), and maintained an altitude of about
7,300 ft mean sea level (msl) and 125 knots until it neared Aztec, Arizona. At 1331:19 airspeed
and altitude began decreasing. The pilot subsequently maneuvered away from I-8 for about
one mile and then turned east and south-east before the ADS-B data ended in the vicinity of
the accident location at 1334:28 (figure 1). The airplane impacted desert terrain about one mile
north of I-8 and was destroyed by postimpact fire. There was no evidence the pilot declared an
emergency or made any radio calls prior to the accident. 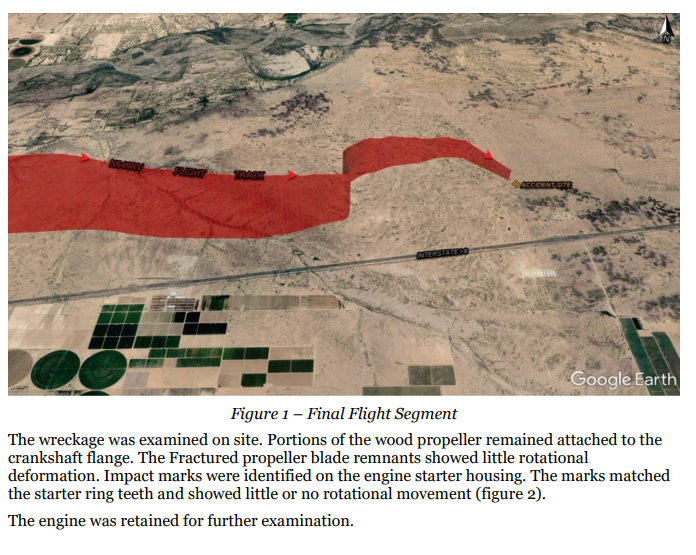 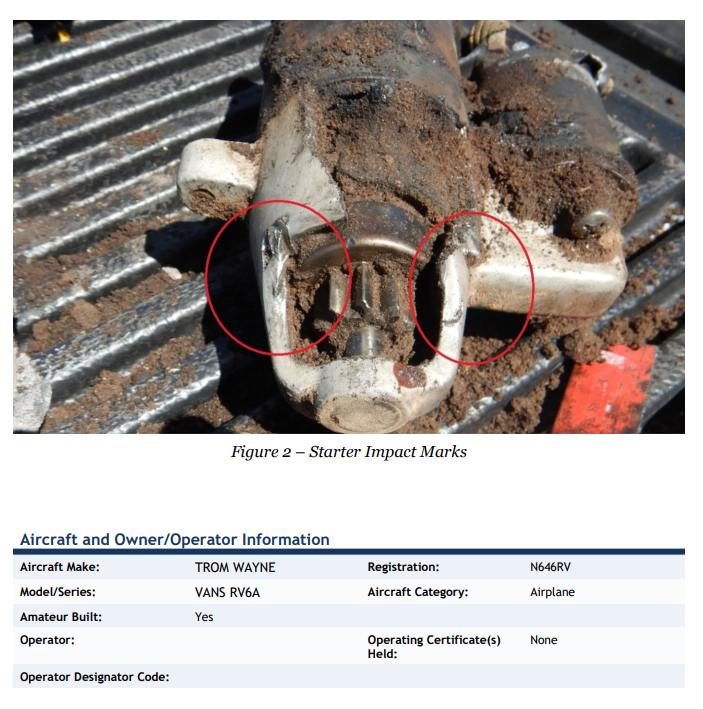 Buying a flying RV is a GREAT idea!

It keeps good airplanes flying, and provides great value to the buyer.

We've done it twice now. You must be an educated buyer, but I think that applies to any aircraft purchase, not just an EAB.
Mike @ W29 & KMEV
RV-6A SOLD
Super-8, say no more
Top

I believe there is some advantage in knowing the aircraft and engine since it was new and having completed the required flight testing. did the pilot of this aircraft truly understand the sink rate of the RV6 with two up and baggage with the engine out?
Steve Melton
RV9A, Superior O-320 (roller cams), WW 200RV prop, Dual impulse slick mags, CHT 330F, EGT 1300F, Oil pressure = 65 psi, B and C Alt, 1000+ hours
Freedom and Democracy are all that really matter.
https://www.rvplasticparts.com/
Top
Post Reply
4 posts • Page 1 of 1

Return to “The Hangar”